Blog Getting a new PHP linter for Atom

Getting a new PHP linter for Atom

For a while now, I've been using the great Serenata package alongside Atom as a PHP IDE. Serenata includes many features, such as code autocompletion, code navigation, tooltips, refactoring, signature help and linting. The linting part is very useful to me, as it points out directly in the editor minor code issues like missing semicolon, unavailable class reference, missing docblock, etc. Unfortunately, since version 5 of Serenata, the linting part has been removed. Serenata developer explained the change by saying several existing tools do most of what Serenata does, and will likely evolve further in the future.

So following the recommendation from Serenata's author, I tested PHPStan. Installation is pretty simple, as long as you already have Composer installed on your computer. I installed globally so it would be accessible for all my projects and used the shim version, which provide a self-contained phar archive to avoid a conflict with other composer packages.

Update: As of PHPStan 0.12.0, phpstan-shim is not necessary anymore. You can install directly PHPStan :

I had to put back the composer global bin dir to my $PATH, as it apparently got wiped out when upgrading to MacOS Catalina:

This might be different if the new zsh shell is active.

As for the Atom part, I installed atom-linter-phpstan. This Atom package provides integration with the editor, showing you errors 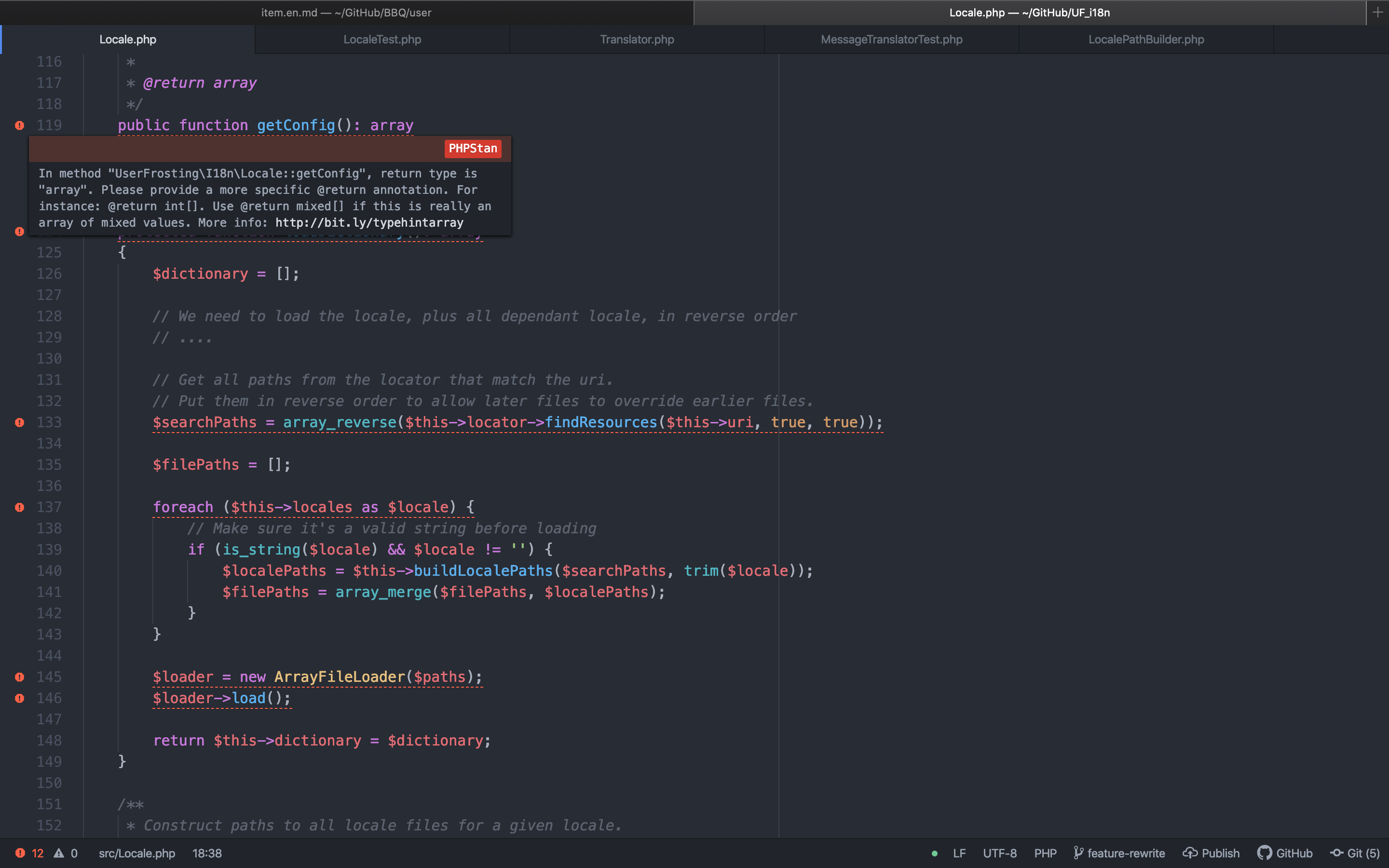 My first impressions where that PHPStan was missing out on some errors Serenata used to flag. Fortunately, PHPStan provides a simple way to add new rules, called extensions. The following extension are the one I'm currently using :

Theses extensions can be installed with composer, again, globally :

Overall, I'm pretty satisfied with the new solution. The rules added by thecodingmachine/phpstan-strict-rules are pretty strict, but I prefer to see minor style and documentation "errors" I can ignore than not to see others more important errors I do want to enforce.

It still lack some feature Serenata had, such as removing unused class import (but php-cs-fixer can take care of that afterward) and pointing missing docblock arguments definitions (PHPStan won't yell at you if the type hint is present... I prefer to have both).

Now, back to coding !